Haruna will be holding a birthday event to celebrate her 22nd birthday.

Announced during today’s concert, Morning Musume ’16 will be releasing their 62nd single on 23rd November!

Titled Sou Janai/ Sexy Cat no Enzetsu/ Mukidashi de Mukiatte, it will be a triple A single release.

The order of the songs have not been decided.

Preview of Sou Janai has been revealed. 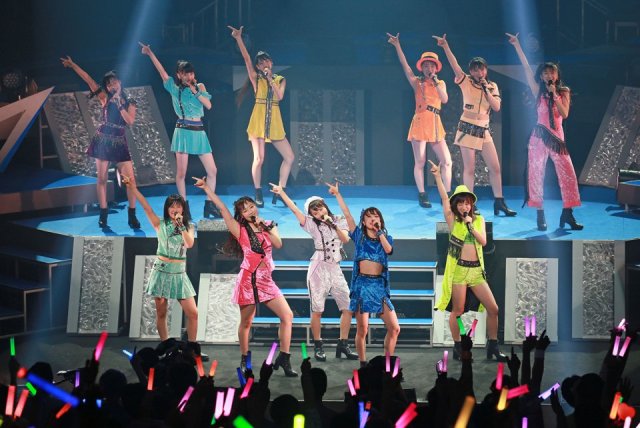 Some tidbits from the concert:

Haruka: Shouldn’t it be Love Machine?

Erina: One Two Three is where Eri and the rest started, I want to make this song the representative  song for the current Morning Musume.

*For easy viewing, Haruna’s color would be brown instead of yellow.

Note that translation is not 100% perfect, please feel free to correct me by leaving a comment and I will rectify it at once! Thank you! 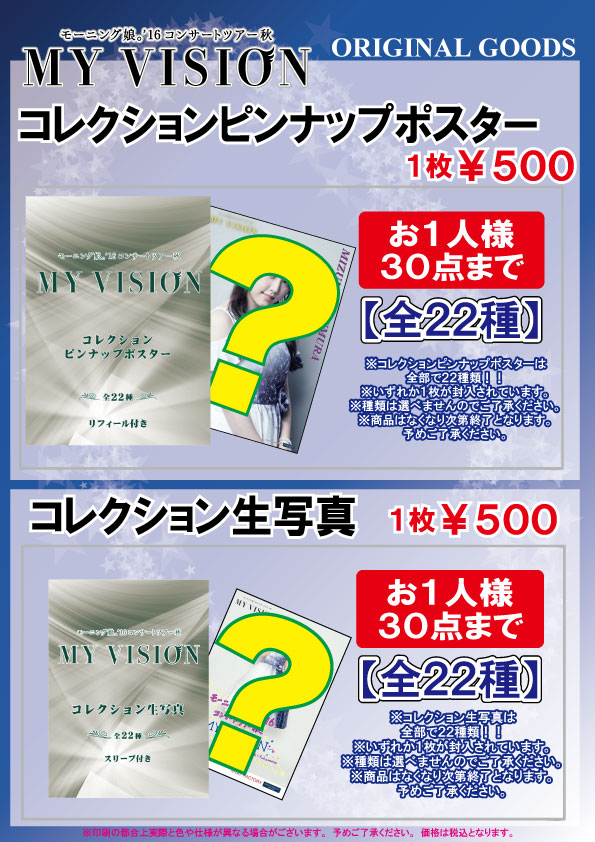 *Comes with a neck piece 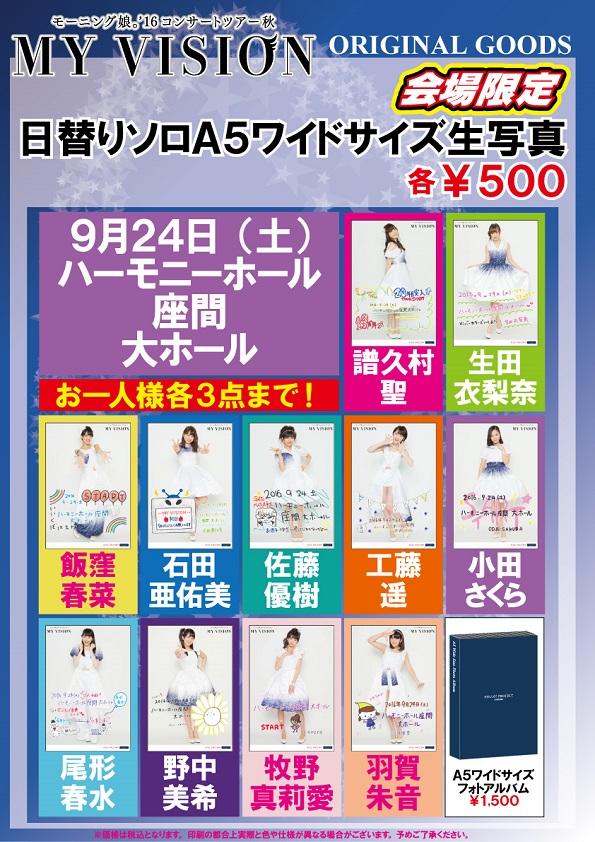 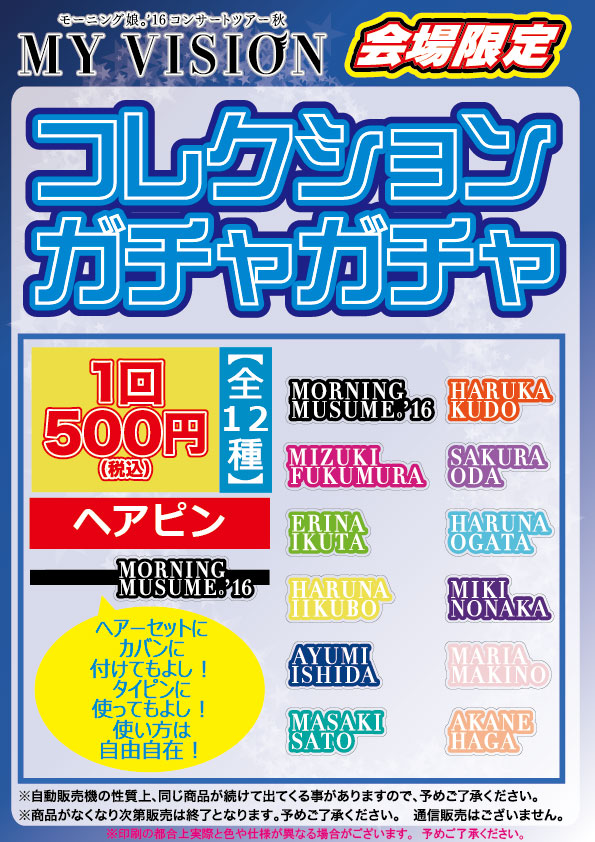 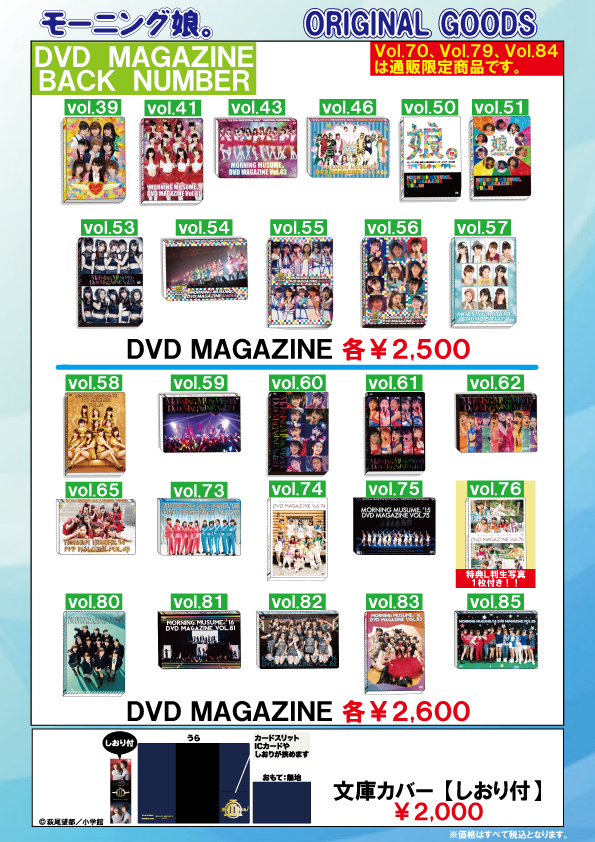 Miki will be releasing her very own Greeting Photo Book on 24 September!

This will include still shots from her Greeting DVD.

The photo book also comes with a bonus L Sized Photo should you purchase at any of these places: